An cut off machine or abrasive saw, also known as a cut off saw or metal chop saw machine, is a power tool which is typically used to cut hard materials, such as metals and wood. The cutting action is performed by an abrasive wheel, similar to a thin grinding process. The saw machine generally has a built in vice or other clamping tool arrangement, and has the cutting disc and motor mounted on a pivoting arm attached to a fixed base plate. They typically use composite friction cutting blades to abrasively cut through the steel.  The abrasive wheels are consumable items as they wear throughout the cut. 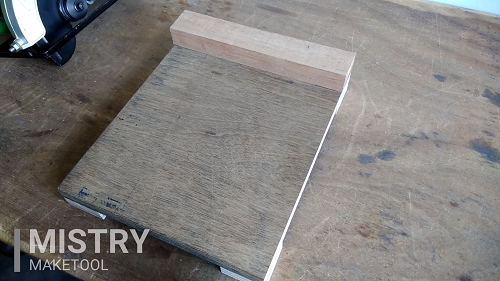 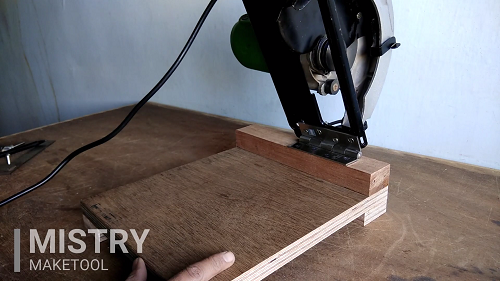 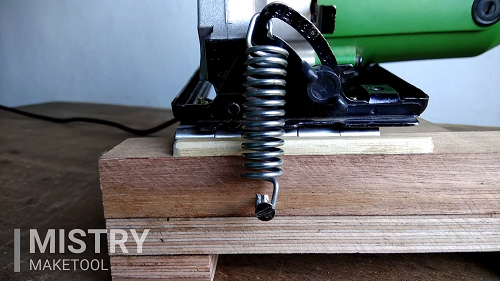 This is the last step of making of chop saw machine. Attach the spring with circular saw and base plate. Also attach the workpiece support block on the base plate for support of workpiece while cutting operation. 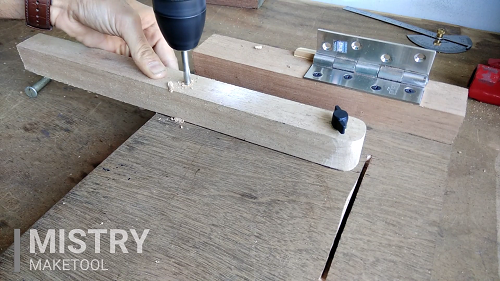 Attach the 7” blade in circular saw. You can use both TCT blade for wood and cutting blade for metal. Now the chop saw machine is ready to use.